EmbedVideo received the bad id ">bTrfcSJFO60" for the service "youtube".

The character first appeared in a full-page in-house ad for All-Star Western #10 which was published in various Nov/Dec 1971-dated DC comics, including a few of DC's war comics line, as well as a half-page version of the same house ad in Batman #237. This house ad contains the first published images of Jonah Hex, as well as 2 dialogue-filled comic strip panels not used in his first "full-story appearance". This "cameo appearance" pre-dates his first "full-story appearance" by a few weeks.

His first "full-story appearance" was published a few weeks later in volume two of All-Star Western #10 (1972), which was renamed Weird Western Tales with its twelfth issue. Jonah Hex all but dominated the new title right up until issue #38, at which point Scalphunter took over the spotlight while Jonah moved into his own self-titled series, Jonah Hex, in 1977. The series lasted for 92 issues with Michael Fleisher as the main writer.

Jonah Hex was canceled during Crisis on Infinite Earths (in which Jonah also appeared along with Scalphunter and other western heroes in issue #3, 1985), but in the same year Jonah moved to a new eighteen-issue series titled Hex, also penned by Michael Fleisher. In a bizarre turn of events, he found that he had been transported to the 21st century and became somewhat of a post-apocalyptic warrior, reminiscent of Mad Max. The series had mediocre success in the United States but was critically acclaimed and well received in Great Britain, Italy, Spain, and Japan.

Three Jonah Hex miniseries have been published under DC's Vertigo imprint. These series, written by Joe R. Lansdale and drawn by Tim Truman, fit more into the western-horror genre, as Hex interacts with zombies ("Two-Gun Mojo" #1-5, 1993), a Cthulhoid monster ("Riders of the Worm and Such" #1-5, 1995), and spirit people ("Shadows West" #1-3, 1999).

In November 2005, DC began a new monthly Jonah Hex series written by Justin Gray and Jimmy Palmiotti with interior art by Luke Ross. In assorted postings on their message board, Grey and Palmiotti have stated their intent to depict various adventures from across the full length of Hex's life and career. The main artistic difference is that the series is published without the external restraints of the Comics Code Authority which allows for harder edged stories without having to keep with the Vertigo imprint's dark fantasy themes. Famous Hex artist Tony DeZuniga has pencilled two issues of the book (#5 and #9) and may do more in the future. J. H. Williams III drew Jonah Hex #35 and has stated an interest in doing more, saying "I certainly want to do more issues myself or even a graphic novel if the opportunity and schedule presented itself." 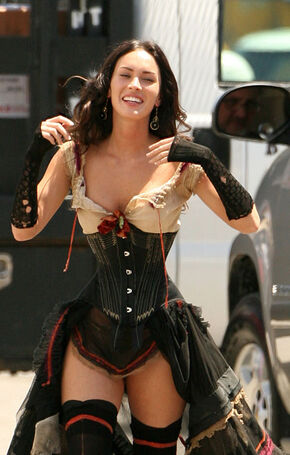 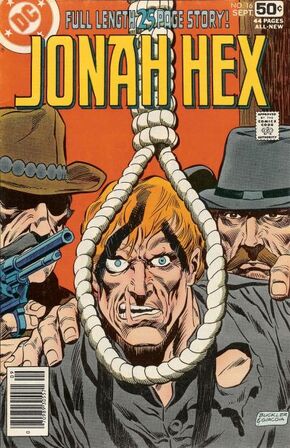 The Book Of Boba Fett: 6 Comic Books To Read After You Watch The Show  Screen Rant...

Community content is available under CC-BY-SA unless otherwise noted.
Advertisement